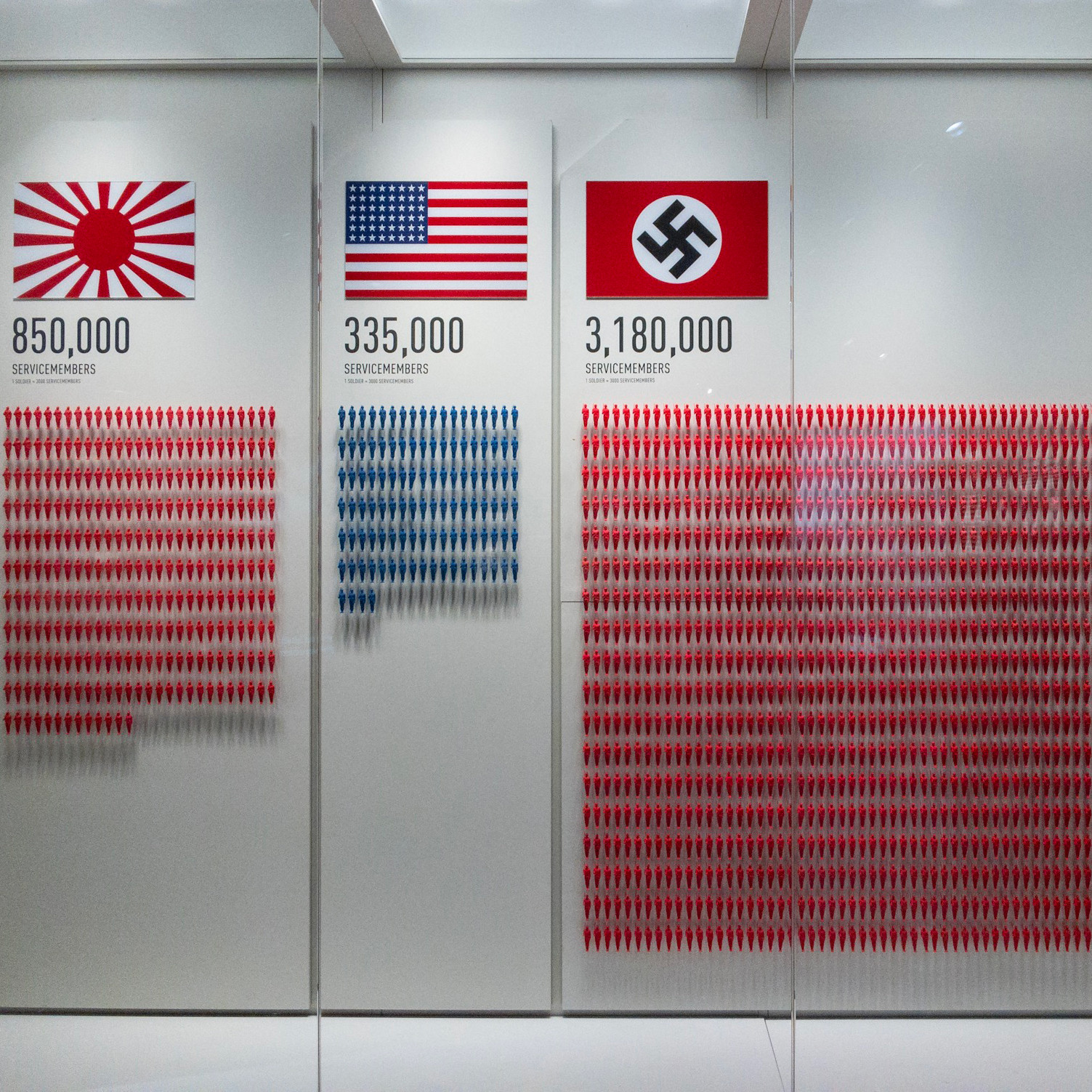 When World War II started the United States had a much smaller military in comparison to the Axis powers, especially Japan and Germany. This must not have been a very comforting fact to those soon entering battle. This exhibit displays to scale how much larger Germany’s and Japan’s militaries were—it’s absolutely ridiculous.

When I look at this exhibit, I think to myself, “How did we do it? How did we win the war?” I know how we did it, but it still seems impossible. It must’ve seemed impossible to so many people back then. I can’t imagine what was going through people’s minds, whether they were fighting or helping back home. We were not ready for this war as you can read in the picture. I think this shows 2 things. One, we were really trying to keep peace which is evident by our military not being that large. Two, when we decided to join the war, everyone wanted to join the military. 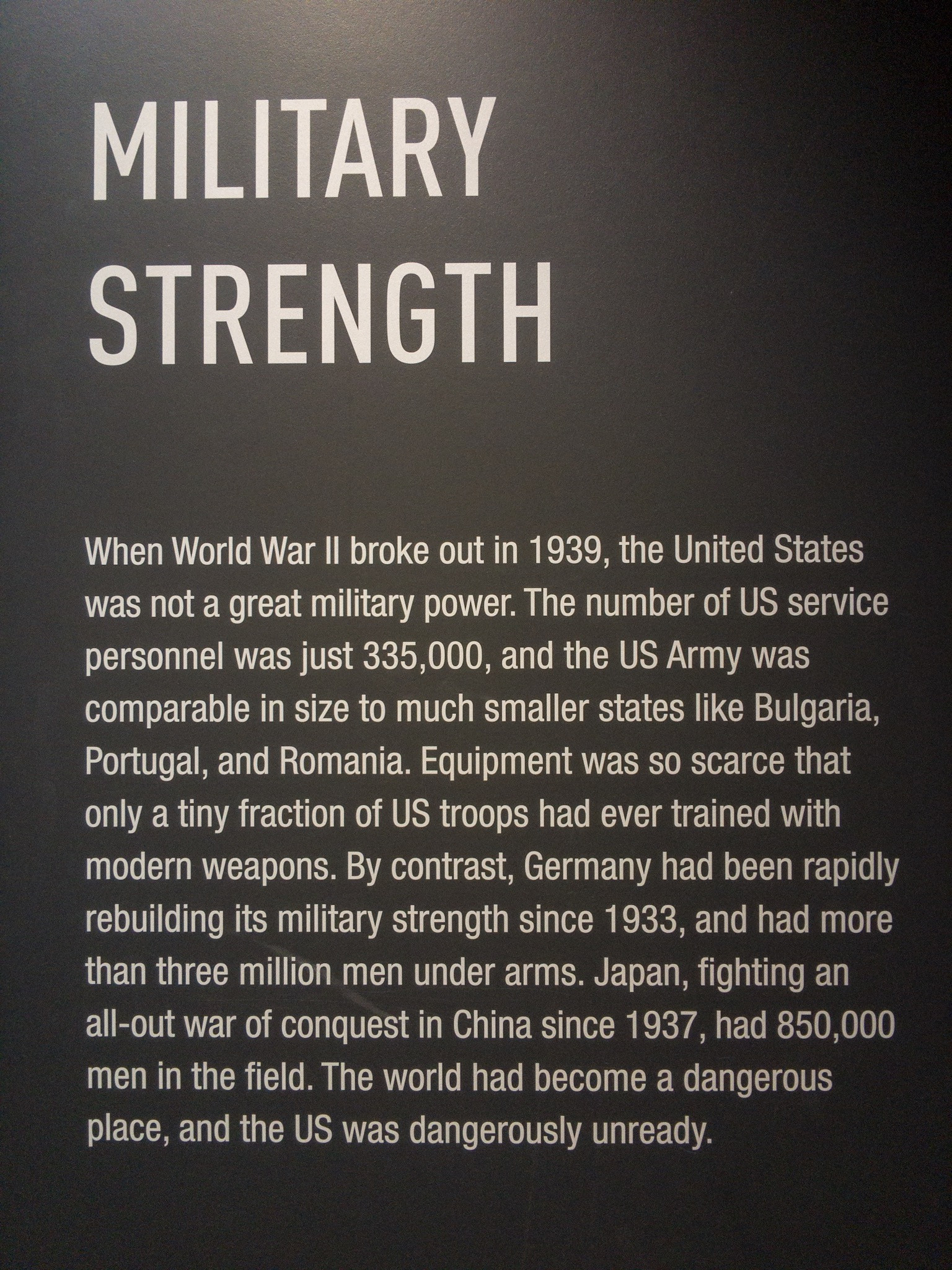 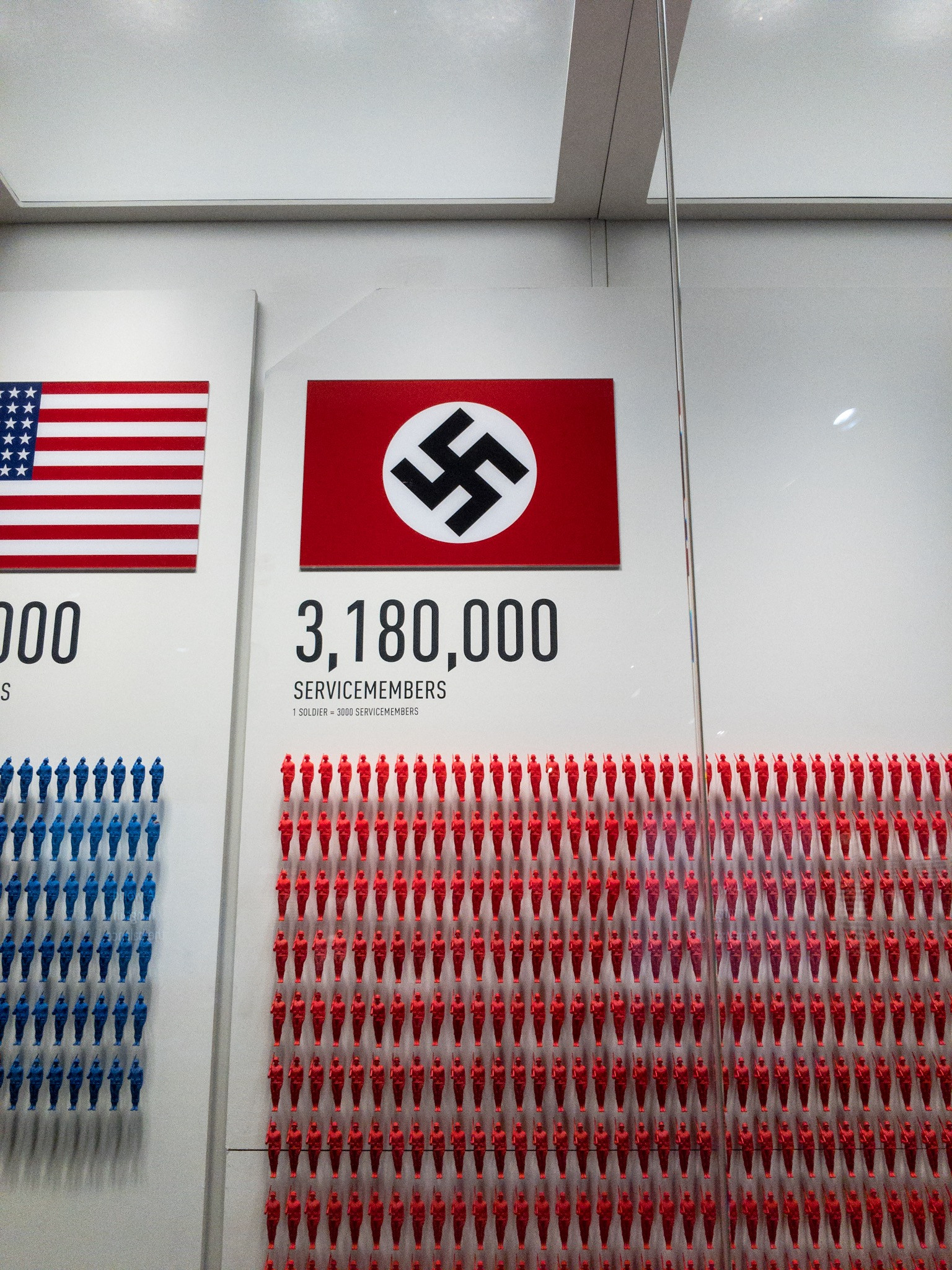 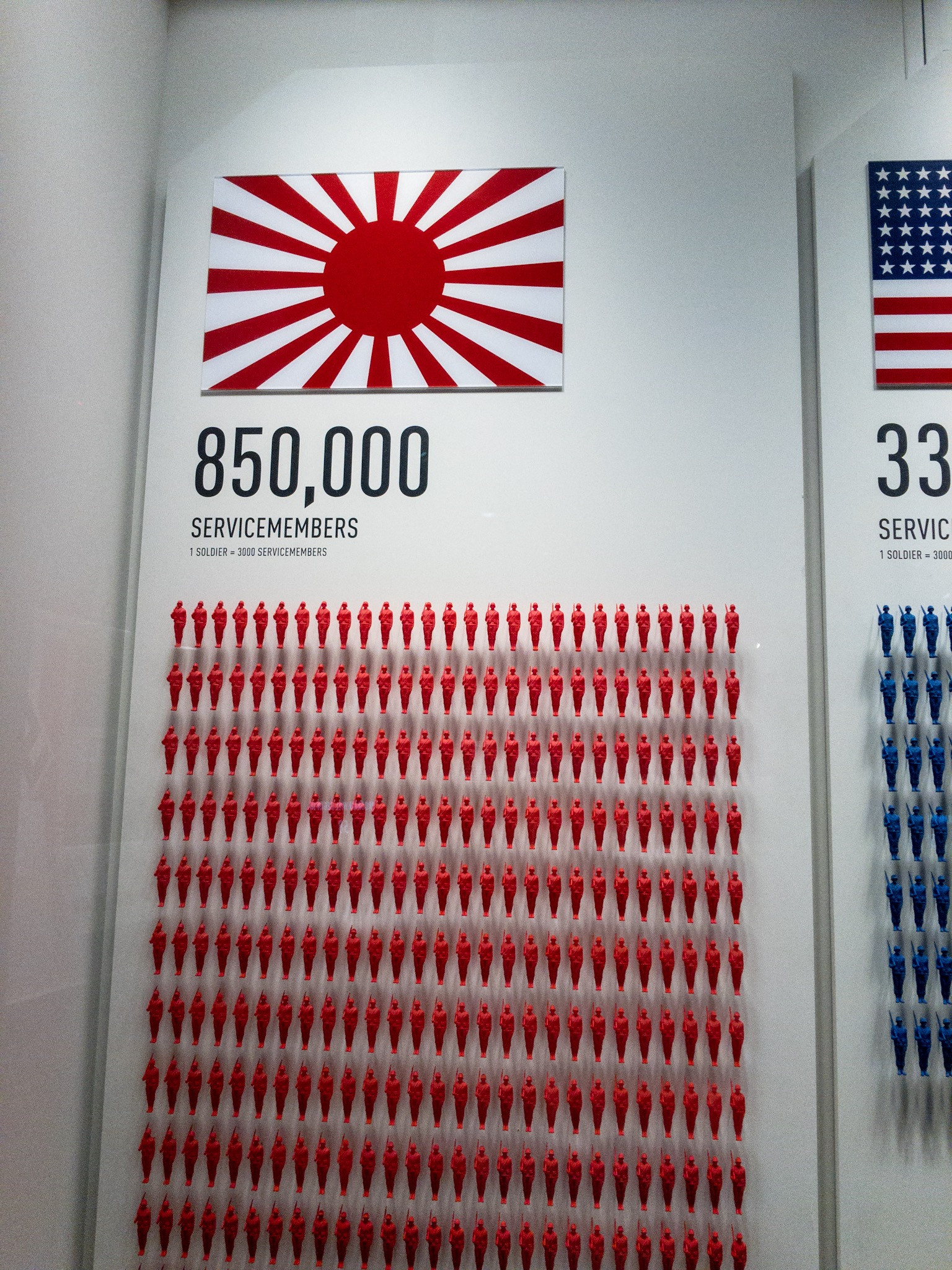 Japan and Germany each had been building up their militaries. We were still trying to make the peace from World War I last, so we weren’t focused on increasing our numbers. The United Stated didn’t even want to fight in this war, so why would we grow our military? By the time we decided to join, it was too late to be prepared for this. 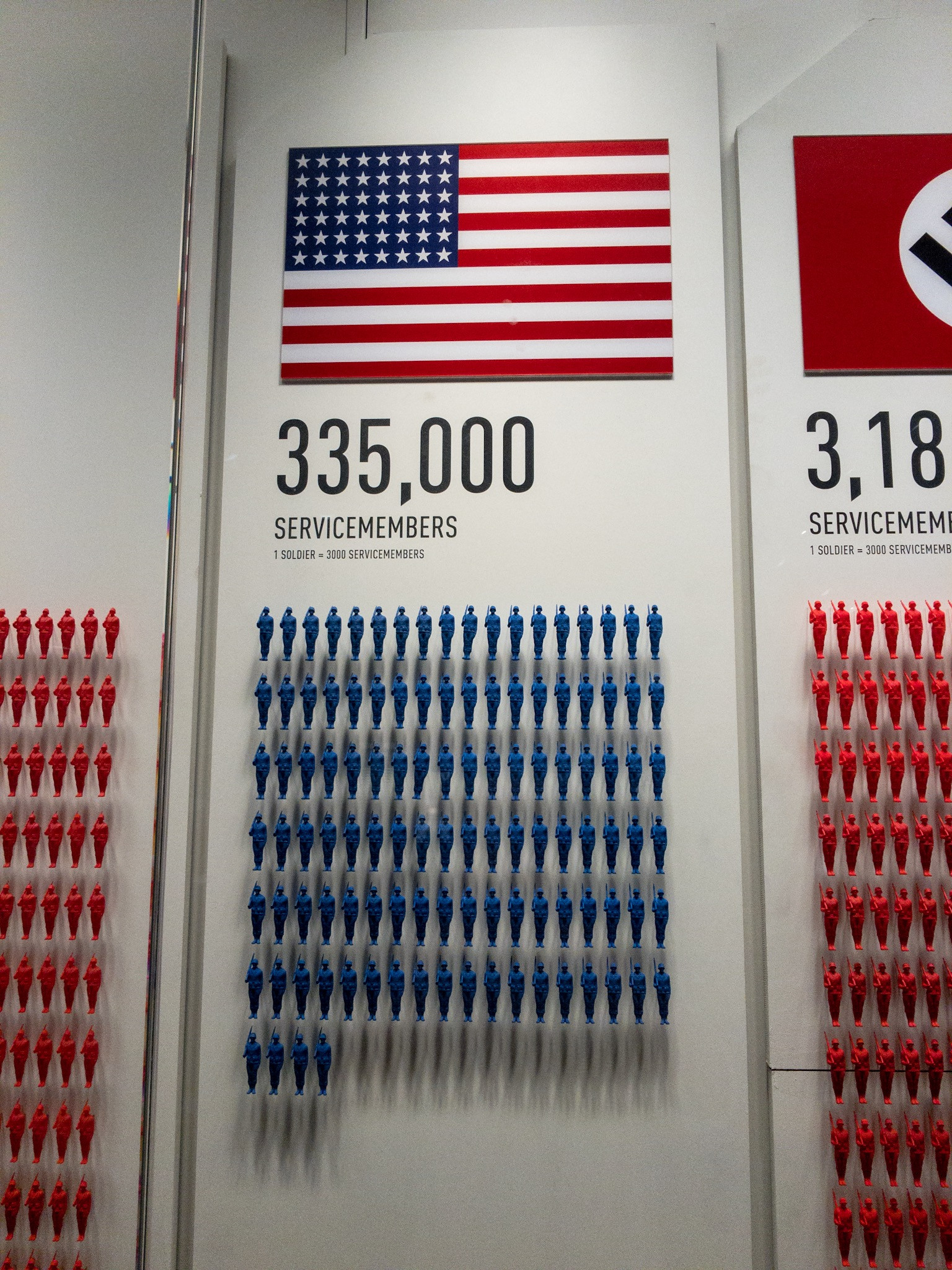 By the end of the war, we had more than 12 million soldiers in our military. For our military to grow from 335,000 to 12 million is awe-inspiring. Yes, most of these were from the draft, but over 6 million volunteered. That’s 2x’s more than what Germany started with. It shows how many people believed in our cause. It shows how many people wanted to fight for what’s right.

This exhibit does a great job with conveying how much catching up we needed to do with Japan and Germany. We did that and some.