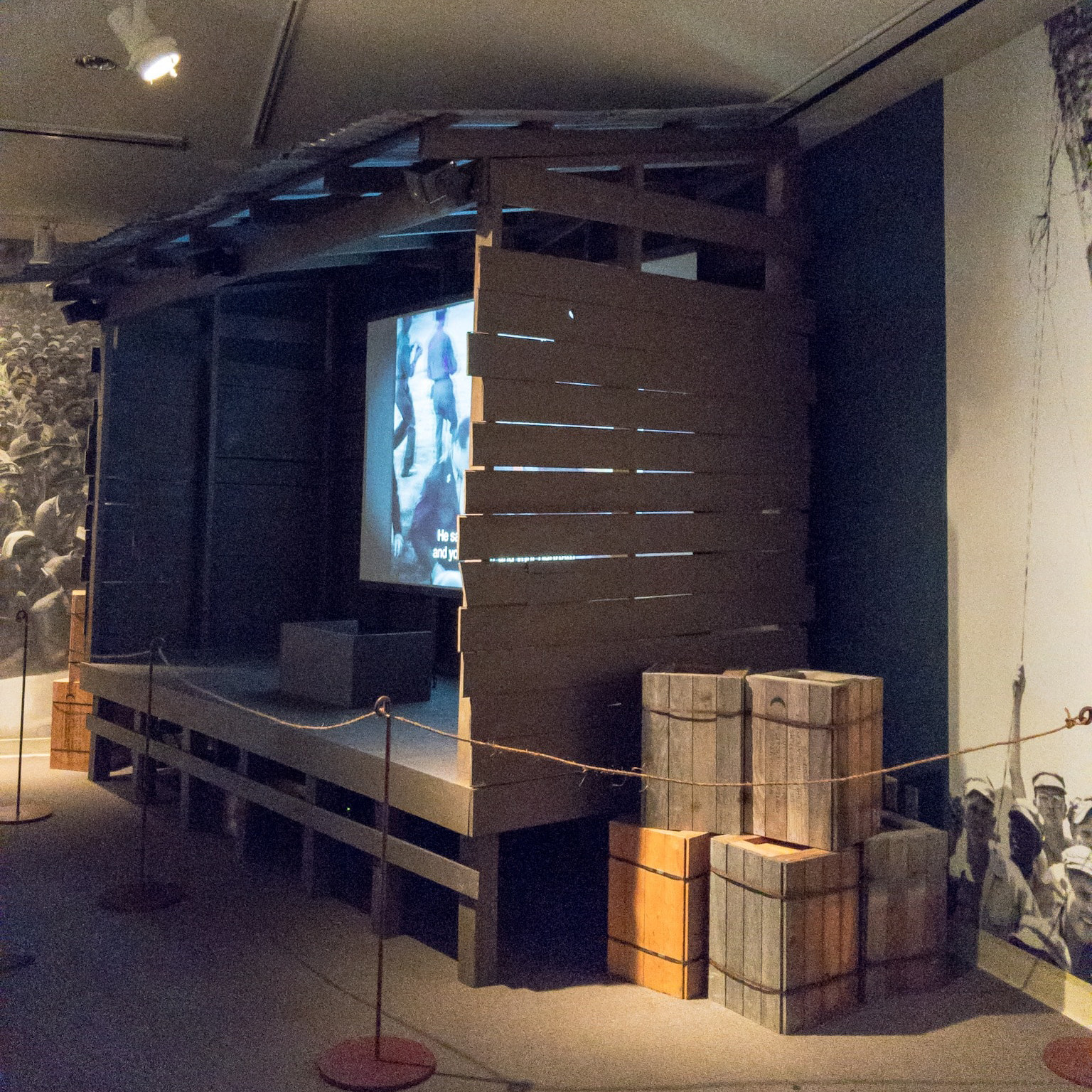 So Ready for Laughter: The Legacy of Bob Hope has officially opened at The National WWII Museum. I saw this exhibit quite full every time I passed by it yesterday. That’s so exciting, and I know the curators and all those involved are really happy about that. I went a couple of times yesterday, and I’m really interested in reading more about the artifacts there. The most prominent object in this exhibit gallery is the stage. It’s the largest thing in there, and it’s the first thing you can see before walking into the actual exhibit gallery.

The stage is designed to mimic what Bob used to perform on for the troops. He was famous for many things including radio, tv, and movies; but he’s also known for being an important source of entertainment for our troops during World War II. He's estimated to have entertained over 11 million troops. That's incredible. The stage has a screen that plays a movie detailing what he did and the kind of effect he had on people. 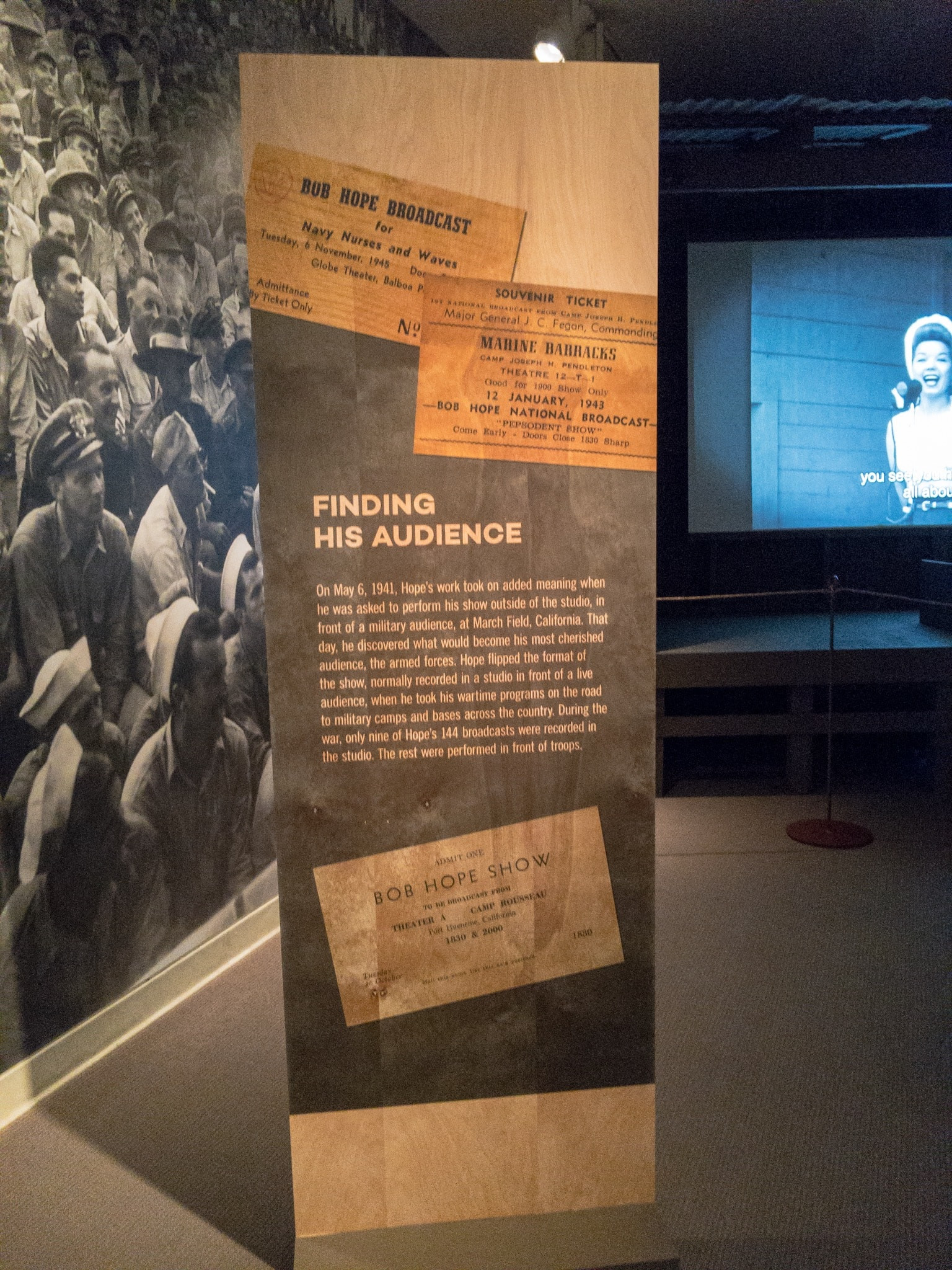 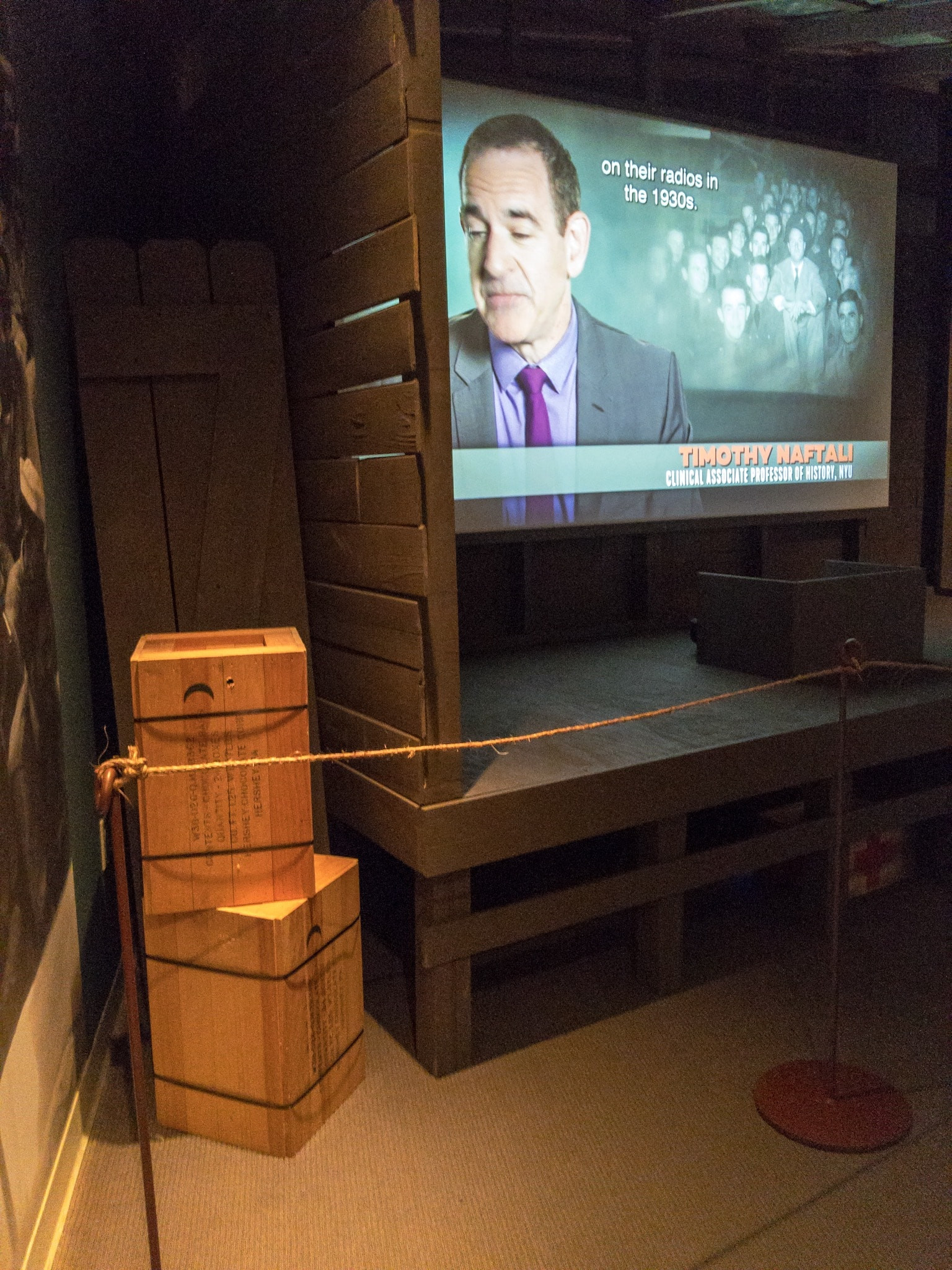 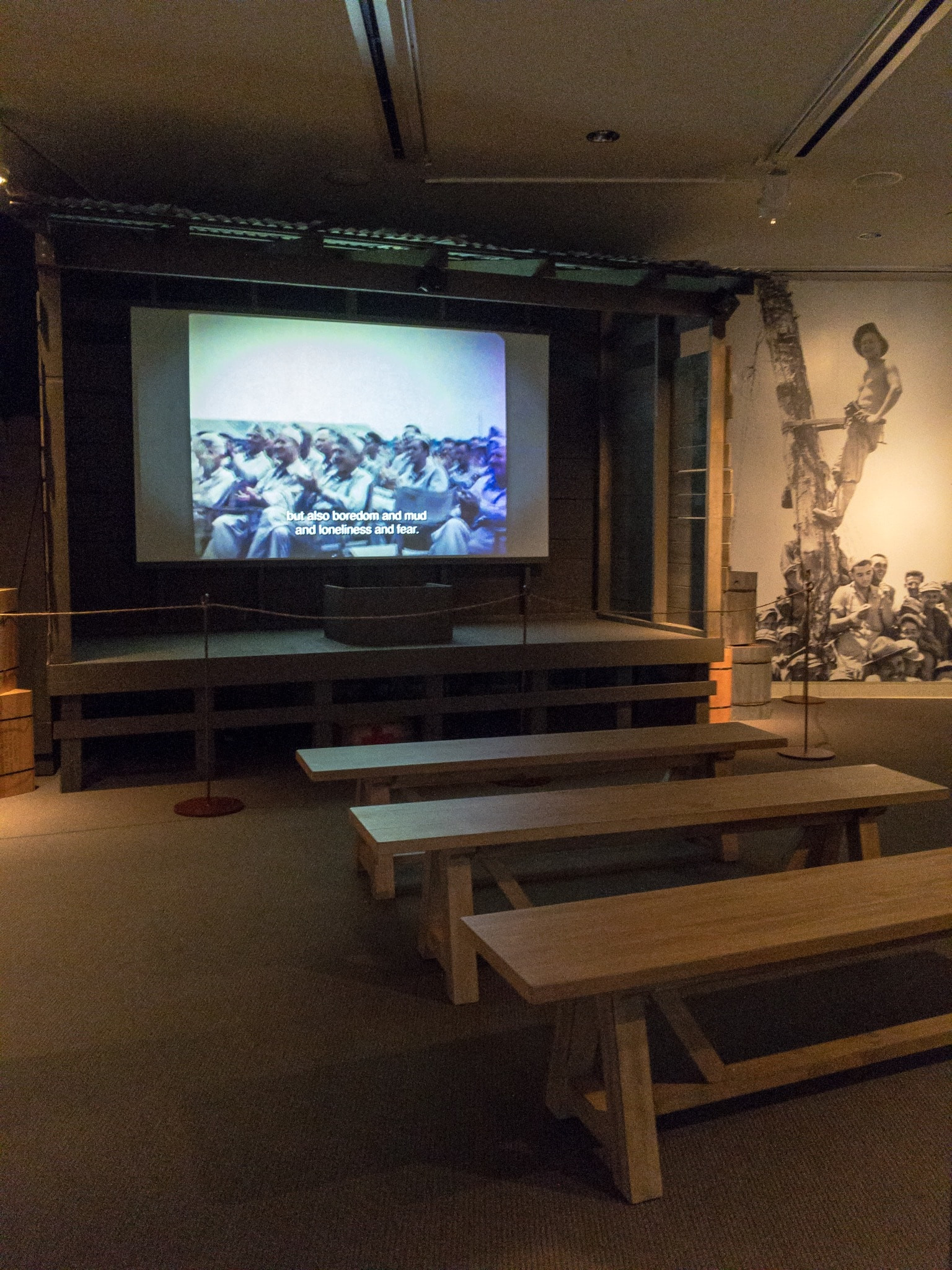 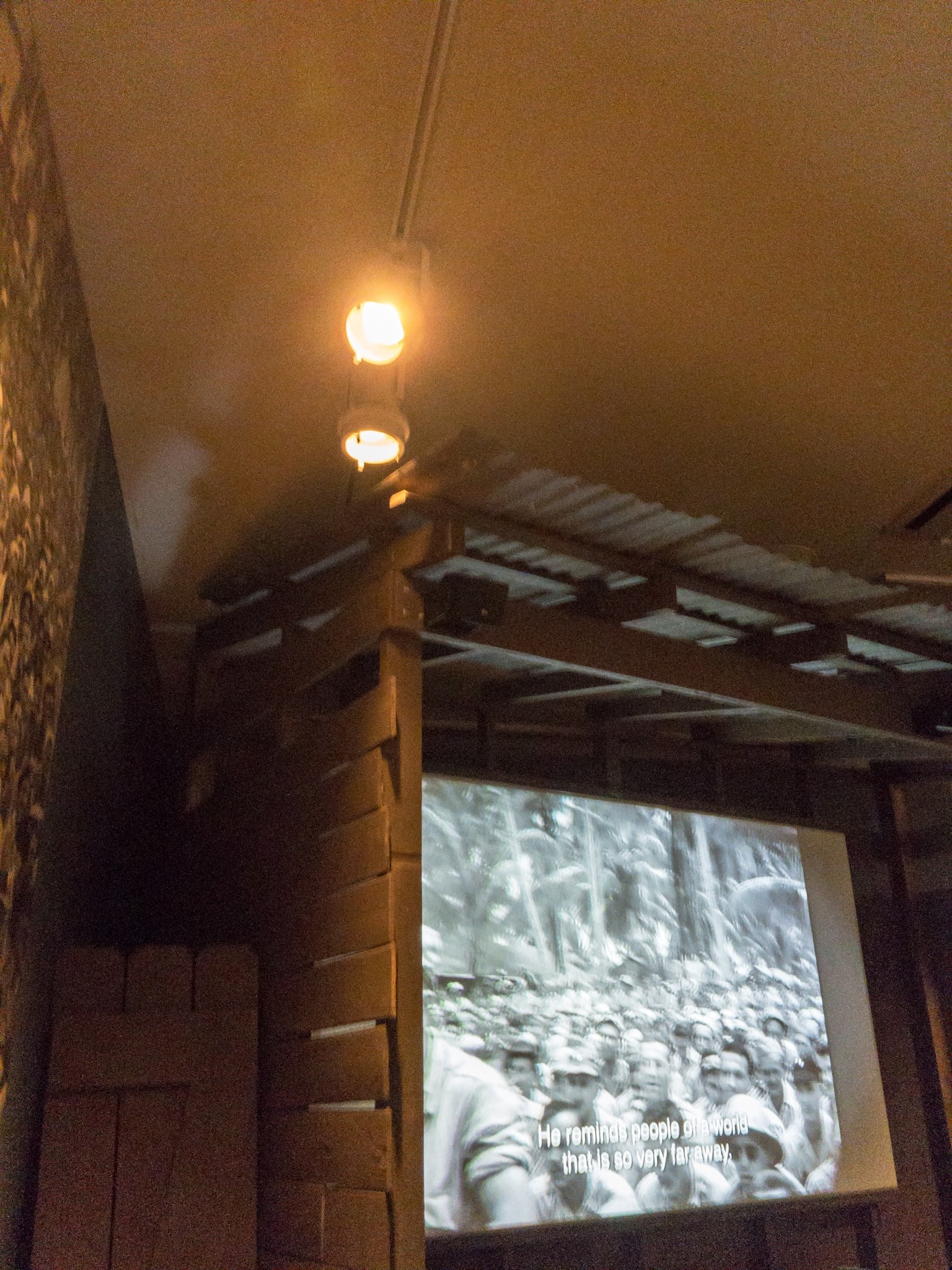 I really like this exhibit a lot. The details of the stage and the objects around it help put you in that atmosphere that Bob and his team performed in. It helps give a sense of what it was like for these soldiers to enjoy his show. The exhibit really tries to put you in the soldiers’ shoes; it’s important for us to understand their perspective of being in battle and living this life and needing this sort of relaxation and entertainment. It also doesn’t hurt that there’s a good amount of seating. 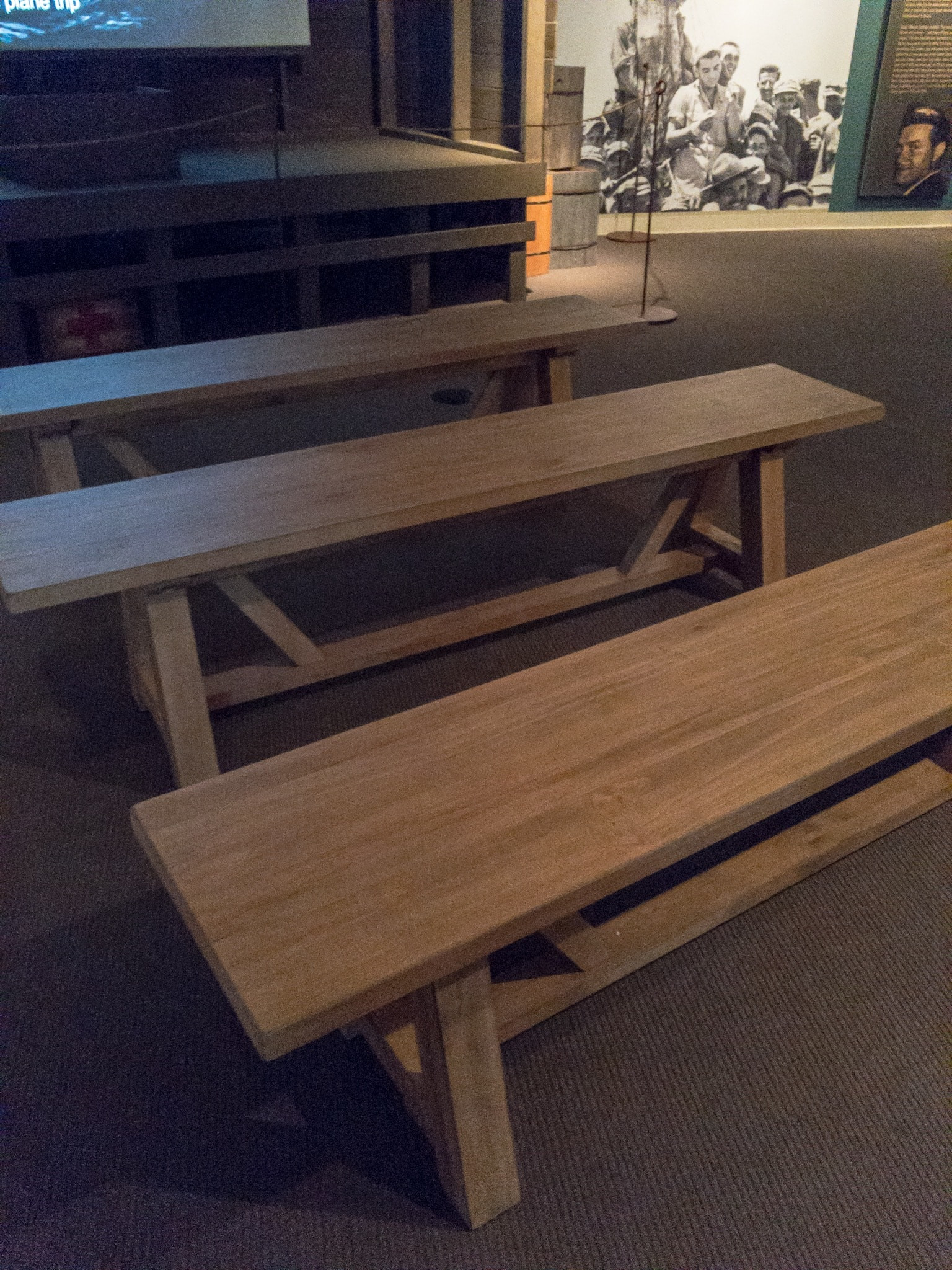 There’s so many cool things in So Ready for Laughter. I’m really excited to spend more time in here and learn more about what Bob Hope and his team did for our soldiers during this incredibly trying time.