I have an Apple Watch! 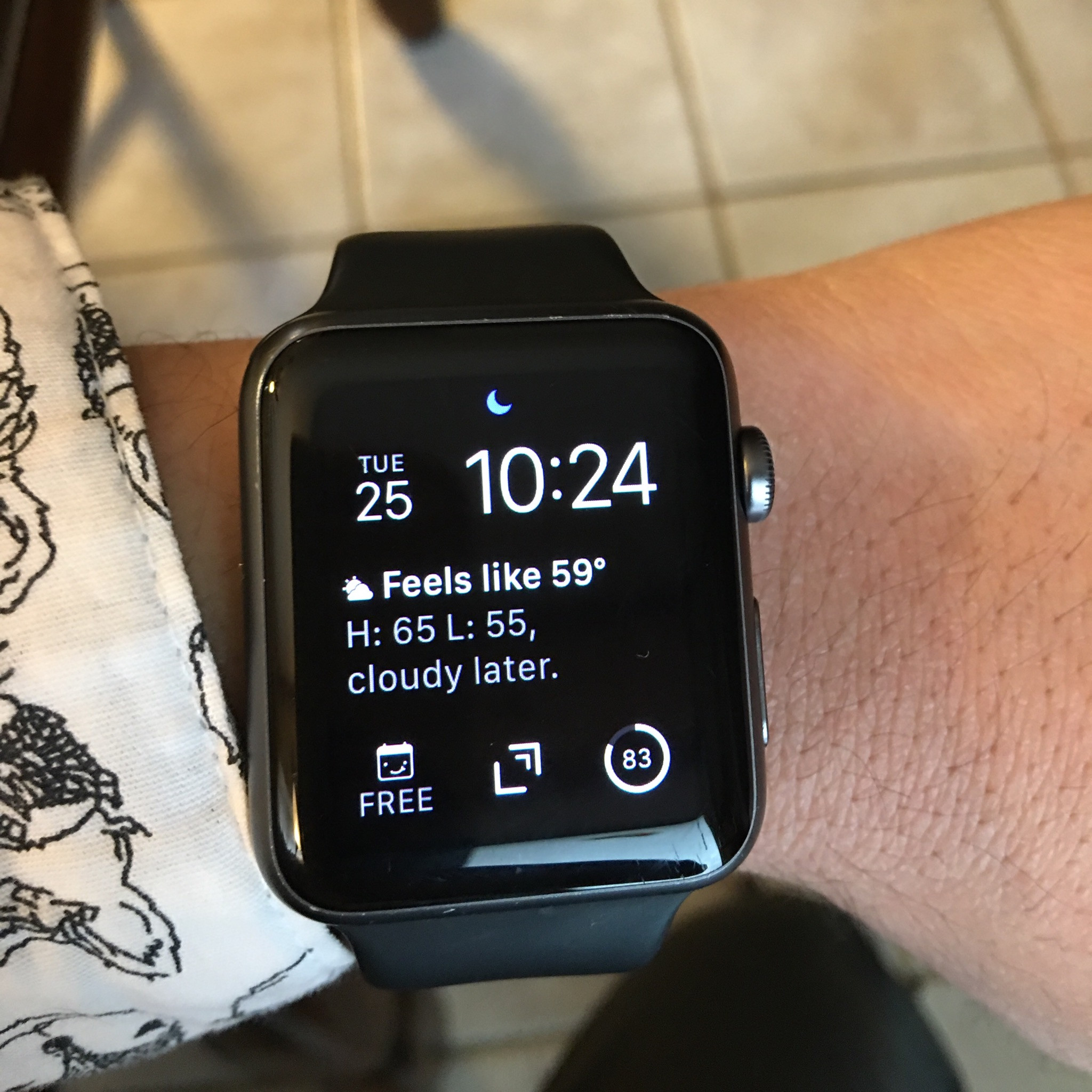 The Apple Watch isn't something I've desired since it came out. However, I've always kept up with the upgrades it's been given. My brother was recently given the Series 4 version for Christmas by his girlfriend. He offered me his old Series 0. I tried giving it to Sarah, but she wanted me to have it! She's so sweet! Thanks, babe! NOW IT'S MINE!

Note: the former owner of the watch needs to remove it from their iCloud devices before you can use it.

After resetting it and syncing all my possible apps that had Watch apps, I was finally ready to go! I was really excited! At first, I noticed how much I liked the aesthetic of this accessory. The last time I wore a watch, I was in 7th grade, 13 years ago. I feel cool and hip now. I have another watch band other than the included one, and it's upped my style possibilities. I'm about to get another set tomorrow, and I'll be ready to be fashionable as heck. The customizability of this watch really enable you to complete your look if you so choose, and I really like that Apple did that.

The Series 0 is a good device. It's old in terms of tech, but I'm getting great use out of it. I wish it were faster and had a longer lasting battery, but I can really understand it's doing exactly as well as it can. I got this thing for free too, so I can't complain. I really like notifications being on my wrist and checking them there instead of on my phone. It's a lot quicker to turn my wrist than to pick up and unlock my phone. I really like this new way of interacting with notifications.

I enjoyed choosing which watch face I wanted. I went with the modular watch face. I made the colors all white to keep it minimalist (throws up). The complications I chose were Date, CARROT5, Fantastical, Drafts, and Battery. I don't feel like I'm missing out on anything by not having chosen other complications. If I do start to feel like that, I'll definitely make some changes; but I'm good for right now.

I've been using Drafts 5's dictation functionality to take notes. Many podcasters I listen to would rave about this feature, and I was jealous. Now I can do use it too! It's really great. So far it hasn't gotten any of the words wrong either which is very impressive because Siri does all the time. I've also been absolutely loving seeing the weather on my wrist instead of needing to check an app on my phone. I plan on using Siri more on the Watch even though I just said it doesn't listen very well. I want to start adding things to Todoist, my main to-do list app, using voice commands. I really hope this becomes my new way of doing it, because that would be so much faster, and it syncs everywhere.

This watch has offered so many conveniences I didn't know I wanted, but I'm really glad I have them now. I'm looking forward to getting more used to this device and everything it can do for me. 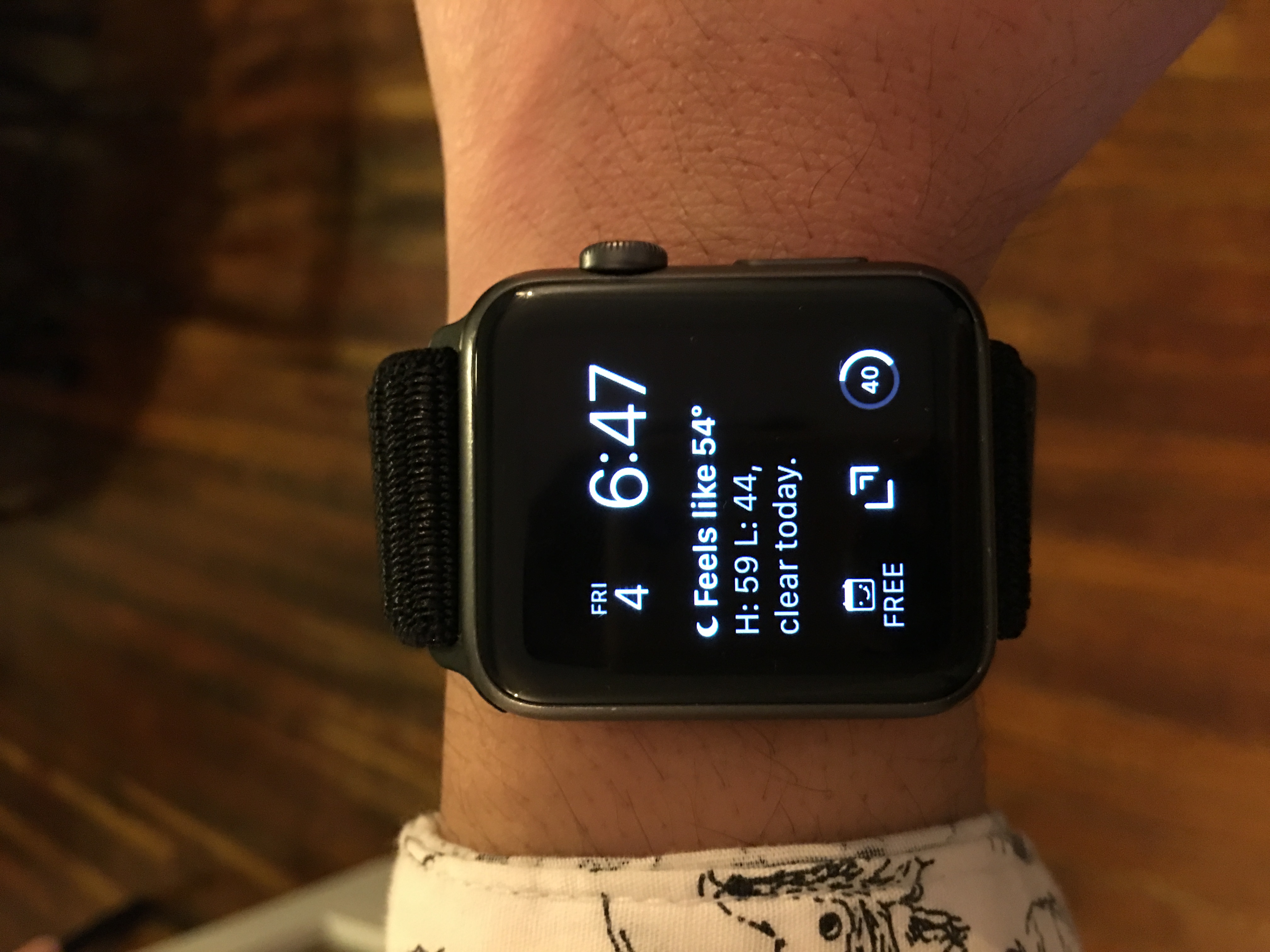 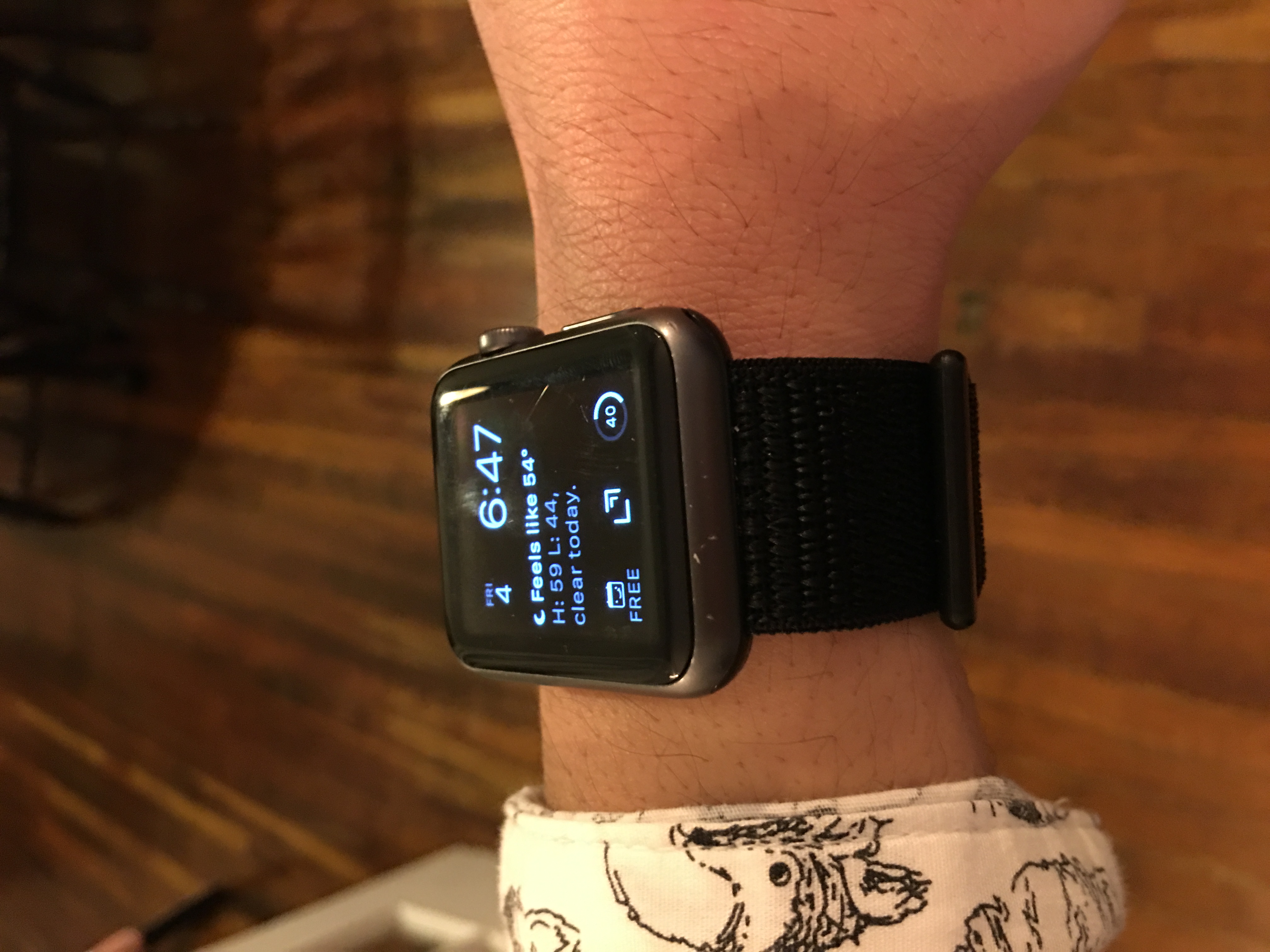 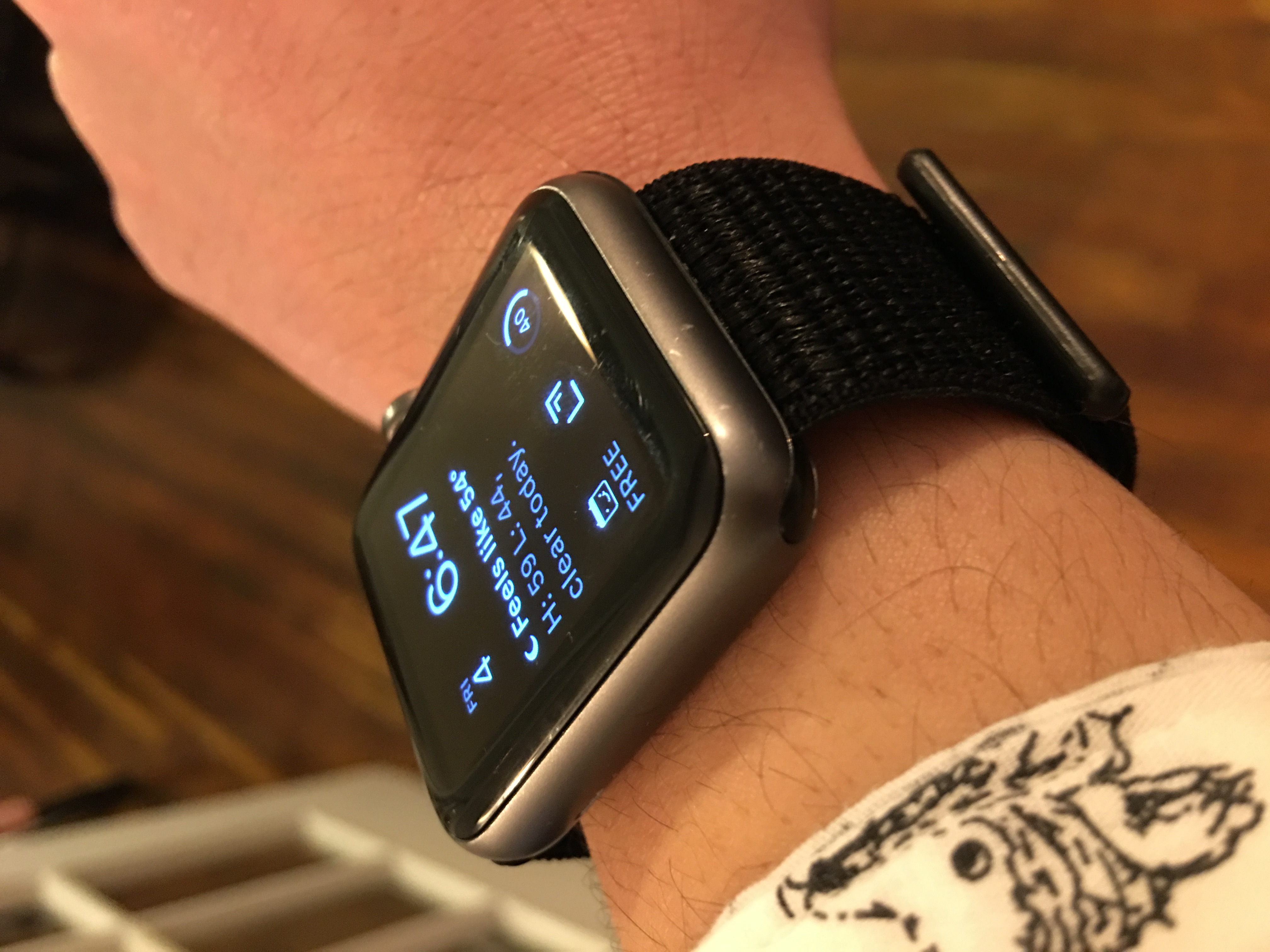 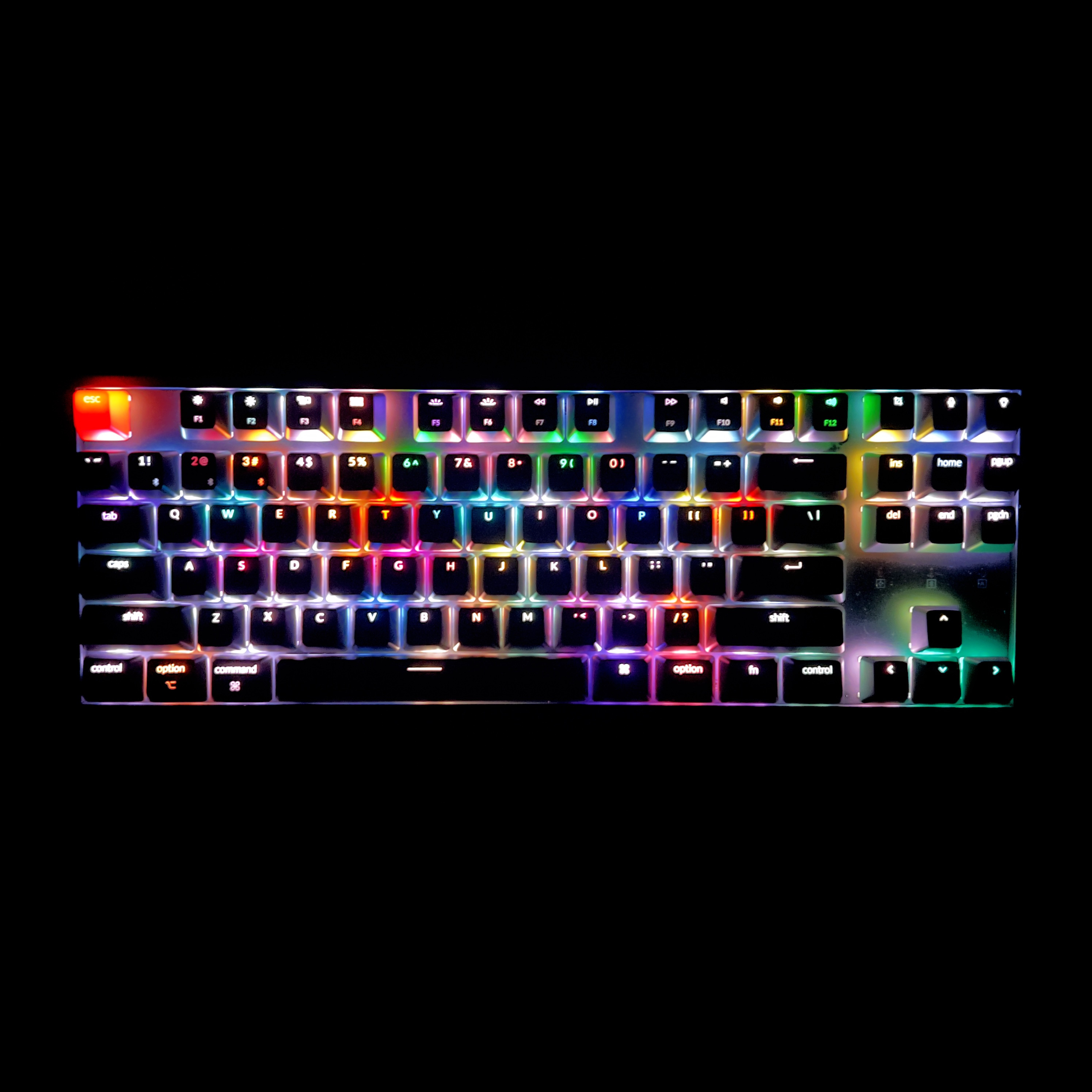